The Utah Board of Higher Education is committed to working alongside all 16 public colleges and universities to intervene in widening opportunity gaps for underserved and underrepresented students. As we move forward in this important work, we will continue reviewing and revising all institutional policies and procedures that create structural barriers to student, faculty, and staff success.

The Equity, Diversity & Inclusion Workgroup is a standing workgroup to the Board of Higher Education. Its purpose is to foster collaboration and coordination among Board and System leadership and to cultivate and integrate equity, diversity, and inclusion awareness, transparency, and progress throughout the Utah System of Higher Education.

WHEREAS, Juneteenth, also known as Freedom Day, Jubilee Day, Liberation Day, and Emancipation Day, celebrates the emancipation of those who had been enslaved in the United States; and

WHEREAS, the nineteenth day of June is officially recognized as the day when enslaved peoples in Texas learned of the 1863 Emancipation Proclamation that had been issued by President Lincoln more than two years earlier; and

WHEREAS, during this time, the nation celebrates the accomplishments, inventions, triumphs, and resiliency of African American, African, and Black peoples in this country; and 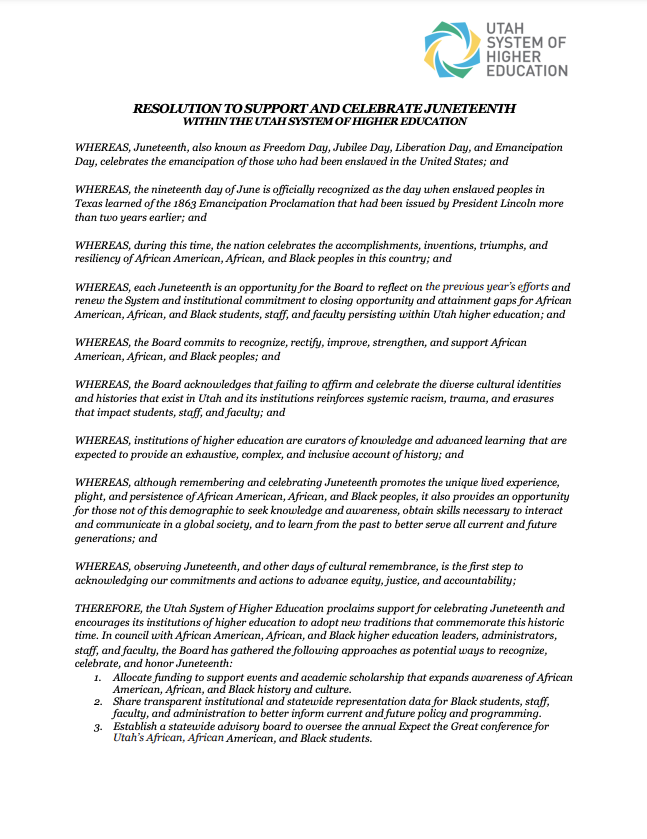 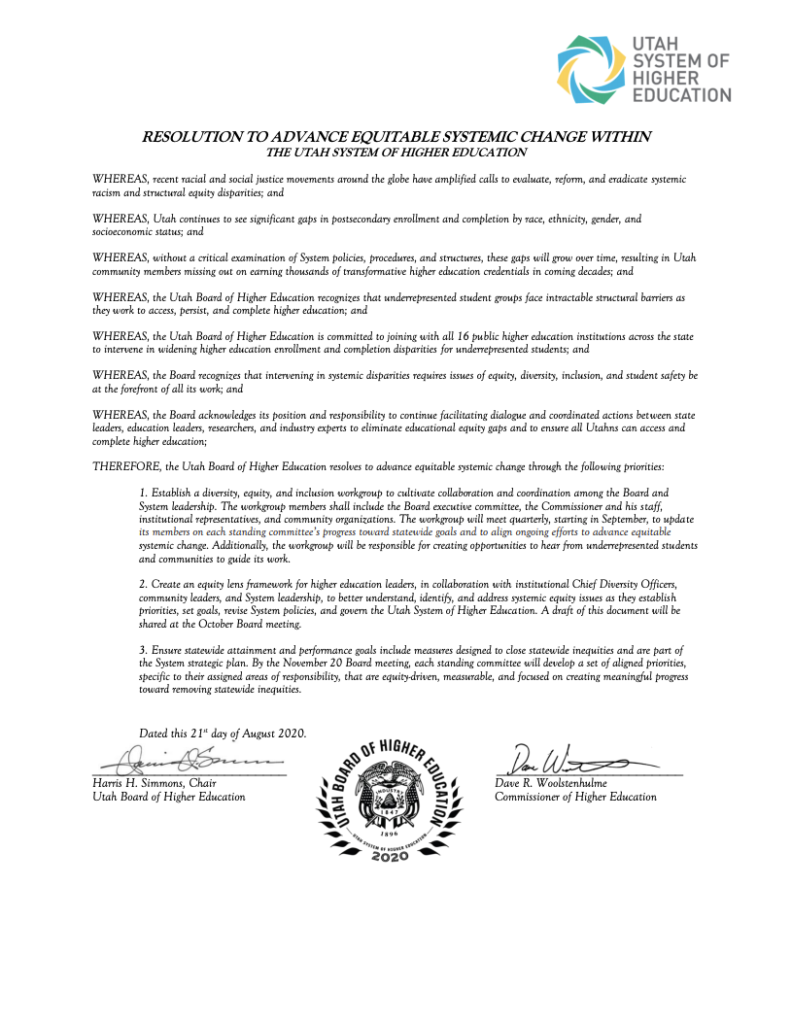 Resolution to advance equitable systemic change within the Utah System of Higher Education.

WHEREAS, Utah continues to see significant gaps in postsecondary enrollment and completion by race, ethnicity, gender, and socioeconomic status; and

WHEREAS, the Utah Board of Higher Education is committed to joining with all 16 public higher education institutions across the state to intervene in widening higher education enrollment and completion disparities for underrepresented students; and

Utah Board of Higher Education Positive Impact of Dreamers Resolution 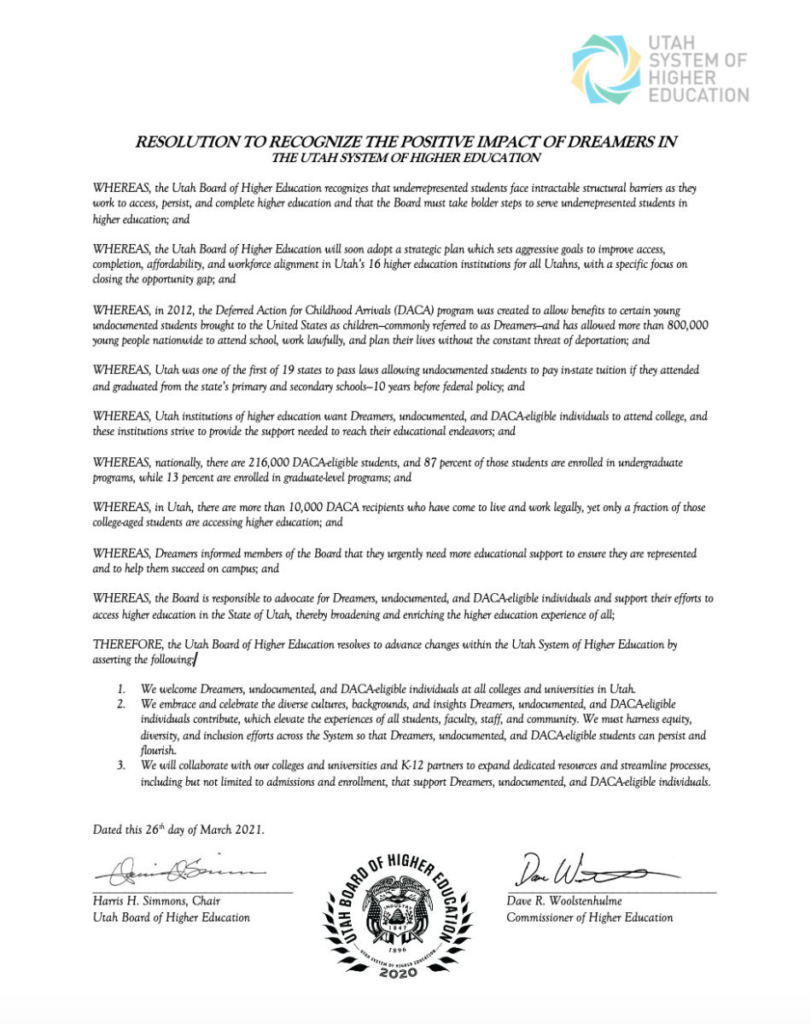 “As the Utah System of Higher Education, we stand behind education as the greatest tool for dismantling the racism, oppression, and marginalization that plagues our country today. While we acknowledge the power of education to transform lives and communities, in Utah and abroad, we recognize, as W. Edwards Deming so eloquently stated, that “every system is perfectly designed to get the results it gets.”

Statement from the Utah System of Higher Education on Racial & Social Injustice (June 11, 2020) 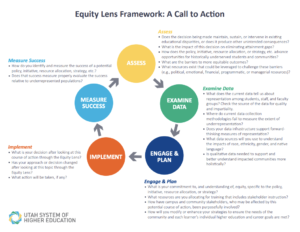 Utah Board of Higher Education