12 key takeaways from the NCES Condition of Education 2017 report

The National Center for Education Statistics recently published its annual report, The Condition of Education 2017, which showcases national trends in education using data from the 2014-15 academic year. Below are higher education highlights from the report:

1.) The more education earned, the higher the medial annual earnings. 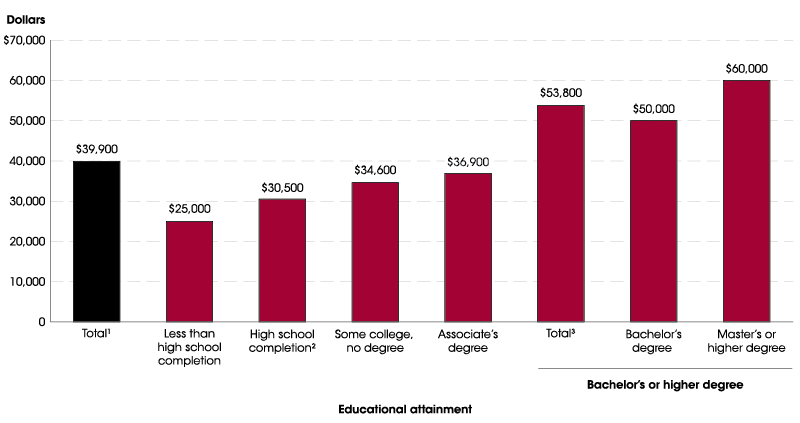 2.) Yet, median annual earnings have fallen in nearly every education attainment level. 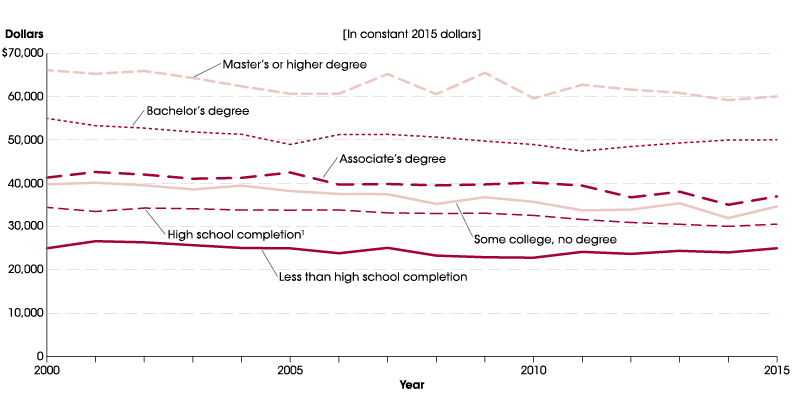 3.) The ratio of full-time equivalent (FTE) students to faculty is lower than ten years ago.

Meanwhile, the projected headcount of students attending USHE institutions is expected to grow by 34% in the next ten years.

6.) Enrollments at private for-profit institutions are significantly down.

7.) Degrees awarded to Hispanic students have doubled in the past ten years. 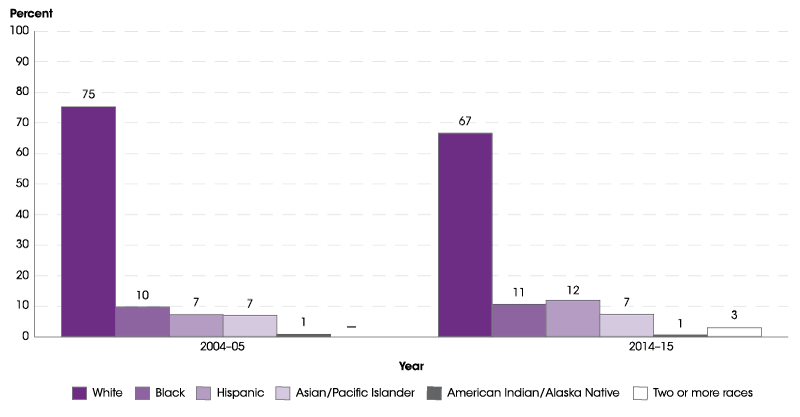 8.) Nationally, fewer students work today than in 2005. Utah has one of the highest percentages of working students in the nation at 65.7%.

9.) Business is the most common field of study for bachelor’s degrees. Nearly half of the master’s degrees awarded in 2014-15 were in two fields of study: Business and Education.

For every racial/ethnic group, business was the most common field of study for bachelor’s degrees, followed by Health Professions/Related Programs and Social Sciences/History. For associate degrees, Liberal Arts and Sciences, General Studies, and Humanities; Health Professions/Related Programs; and Business Services were the top three fields of study.

10.) Nationally, six-year graduation rates hover around 59% for bachelor’s degrees; in Utah, that number is 47%.

About 59% of students who began seeking a bachelor’s degree at a four-year institution in fall 2009 completed that degree within six years; the graduation rate was higher for females than for males (62% vs. 56%).

11.) All degrees and certificates saw a marked increase in number awarded in the last ten years.

The NCES report also includes an At a Glance section, which comparisons within and across indicators, and a Highlights section, which captures a key finding or set of findings from each indicator.

The report contains a Reader’s Guide, Glossary, and a Guide to Data Sources that provide additional information to help place the indicators in context. In addition, each indicator references the data tables that were used to produce the indicator, most of which are in the Digest of Education Statistics.