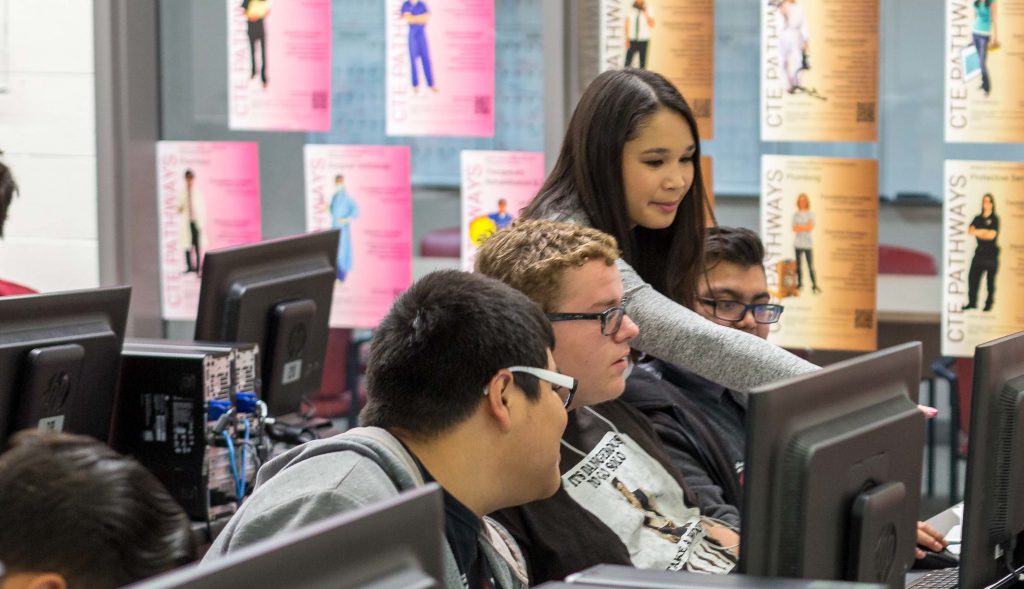 This year marks the 50th anniversary of the creation of the Board of Regents and the Utah System of Higher Education (USHE), ushering in an era of more streamlined, centralized higher education governance in the state. Since 1969, when the number of students attending Utah’s public colleges and universities numbered 40,000, the Board has worked with state stakeholders to set a strategic vision for higher education in Utah. This year, as the number of public college students in Utah exceeds 184,000, the Board looks forward to pursuing new innovations in higher education while celebrating this milestone.

As Utah’s demographics and workforce needs change, the Board has adapted its priorities to focus on access to college for more students, particularly those from underserved populations. One of the key priorities is a program that would provide a college access advisor for every high school in Utah by 2021.

“Over the past 50 years Utah’s system of higher education has been instrumental in producing economic growth and a quality of life in our state that is second to none,” said Board Chair Harris H. Simmons. “Utah’s universities and colleges provide our students with world-class educational experiences, and they do so at a cost that remains among the most affordable in the nation. Our strategic plan prioritizing affordable access, timely completion, research and workforce, and growth and capacity will help to ensure strong economic opportunity for our students as we work to make higher education a reality for every Utahn.”

“This milestone is a fitting time to reflect on our past even as we communicate a cohesive vision for the future of higher education in Utah,” added Commissioner David Buhler.

July 1, 2019, will mark exactly 50 years since the Utah Legislature created the Board of Regents to govern the state’s public colleges and universities through the Higher Education Act of 1969 (HEA). The Board’s major responsibilities include selecting and evaluating institutional presidents, setting policy, reviewing programs and degrees, approving institutional missions, and submitting a unified higher education budget request to the Governor and State Legislature.

USHE Then vs. Now

Institutions in the Utah System of Higher Education have changed considerably over the last 50 years. When centralized higher education governance was implemented in 1969, Utah’s nine institutions consisted of two universities, two newly expanded four-year colleges, three junior colleges, and two technical colleges. Today, USHE’s eight institutions consist of six universities and two community colleges, with the public technical colleges being governed separately as the Utah System of Technical Colleges. The most recent addition to the university distinction was Dixie State University in 2013.

One of the most notable changes is the increase in student enrollment. In the 1969-70 academic year, the total fall enrollment was just over 40,000 students. USHE has seen the enrollment of Utah’s public colleges and universities grow to nearly 184,000 students during the 2018-19 academic year.

The Board is working with the Kem C. Gardner Policy Institute to understand the demographic makeup of Utah in order to set a postsecondary attainment goal for the state, consistent with projected demographic changes. A report is expected to go before the Board in Spring 2019. This report is a critical foundation for establishing a new long-term vision and strategic plan for higher education in Utah.