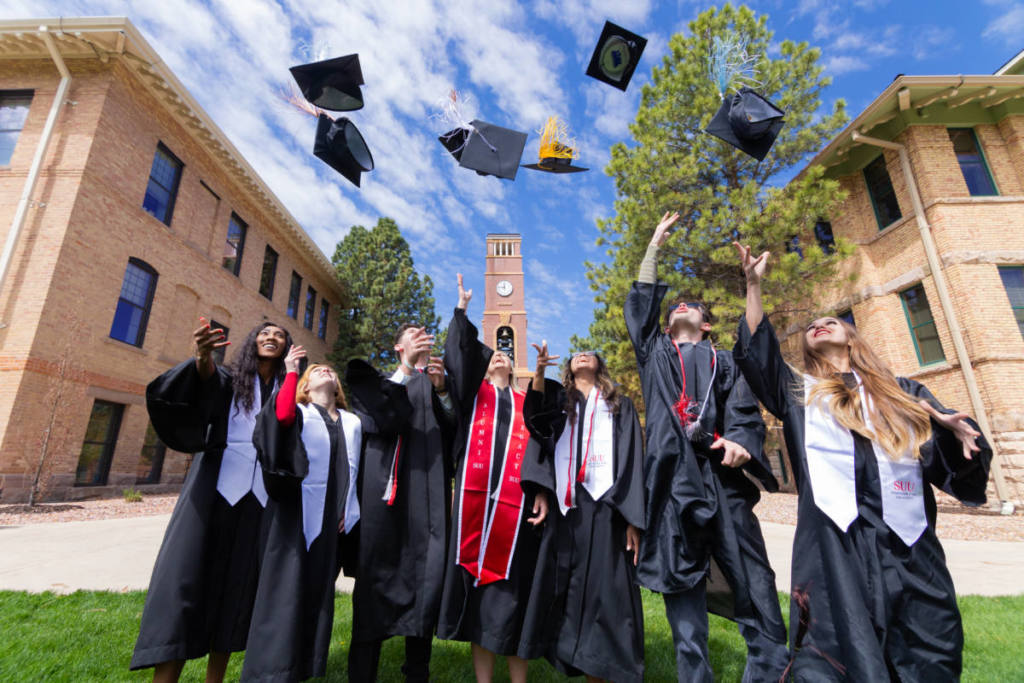 At the August Board of Regents meeting, the new Workforce, Access, and Advocacy Committee tasked the Commissioner’s office with taking a closer look at data on Utah’s growing opportunity gap. Further evaluation of this gap will help to identify statewide strategies that address barriers for minority populations to access and complete postsecondary educational opportunities.

Demographic projections produced by University of Utah’s Kem C. Gardner Policy Institute show that the state will experience a significant demographic shift over the next 30 years. Without intervention to both our systems and higher education as a whole, projections show this could negatively impact the educational attainment levels of Utah’s population and workforce—as many as 22,377 lost enrollments and 11,265 lost completions in the year 2065 alone.

Pew Research Center found the share of undergraduates who are in poverty or nonwhite has increased throughout higher education over the last 20 years, reflecting, in part, the country’s changing demographics. But still, “Even as more students arrive on campus, inequality based on wealth and race has continued to grow.”

According to Indicators of Higher Education Equity in the United States: 2019 Historical Trend Reportfrom the Pell Institute, “Between 1976 and 2017, college participation rates were consistently higher for Asian and white high school leavers than for black and Hispanic high school leavers.”

As demographics across the U.S. shift, some states have attempted to close racial gaps to improve enrollment and completion rates by adopting attainment goals focused on equity.

States including Indiana and Colorado have taken notable strides toward significantly reducing and eliminating these opportunity gaps between racial and ethnic populations.

Indiana began their resolution in 2013 to cut their state’s achievement gap in half by 2018 and completely close it by 2025. Though racial disparities in college enrollment and completion in Indiana persist, they have begun to shrink.

Indiana has seen on-time completion rates increase more than five percentage points for black and Hispanic students in the last five years at two- and four-year colleges in the state. One of the ways the state has gone about reducing these disparities is through their 21st Century Scholars Promise Program, which provides merit-based financial aid to first-generation, low-income students.

Colorado set a goal to have no equity gap at all by benchmarking all populations against 66 percent by 2025.

Other states including Texas and Oregon have also examined completion, access, retention, and other data by race and ethnicity and set goals to improve educational attainment.

Utah has already taken steps to address the growing opportunity gap for students in the state through the expansion of the Utah College Advising Corps and the introduction of the Utah Promise Scholarship.

The Utah Promise Scholarship was created during the 2019 Legislative Session and sponsored by Rep. Derrin Owens. It is Utah’s first statewide needs-based scholarship program aimed at expanding access to postsecondary opportunities for all students who face financial barriers in paying for college. The Promise Scholarship will cover up to full tuition and fees for up to two years for students in qualifying circumstances. The scholarship is available at all public colleges and universities in Utah, including technical colleges, beginning in fall 2019.

The Utah College Advising Corps has expanded into 34 Utah high schools for the 2019-20 academic year and will be guided by four regional coordinators housed at Utah’s public colleges and universities. The Board of Regents is committed to expanding this initiative into every high school in the state by the 2021-22 academic year.

Additionally, the Board is working to set a postsecondary attainment goal for the state that is consistent with projected demographic changes. This goal will direct the Board’s efforts in their commitment to closing Utah’s growing opportunity gap and in increasing access to postsecondary education for all in the state.