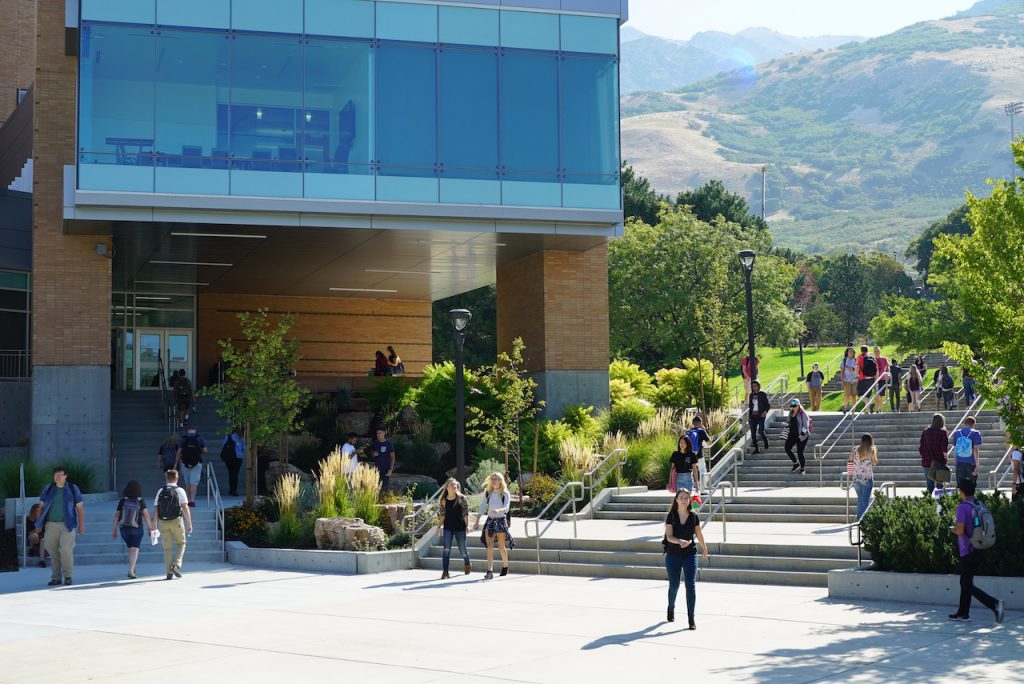 As sexual assault continues to be a significant issue, Utah System of Higher Education institutions held events during the month of April, which is Sexual Assault Awareness Month, to raise awareness of campus sexual assault. Below is a snapshot of some of the efforts.

University of Utah
University of Utah events throughout the month focused on preventing sexual assault and learning about the resources and support services available. The university offered events including a bystander intervention workshop on how to de-escalate harm in various situations; a campus and federal policy discussion to learn about current policies and processes on campus; Coffee with Cops for students to become familiar with the services campus police officers provide; Healthy Relationship Training focused on how to identify an unhealthy relationship; and more.

Utah State University
Utah State University hosted a variety of events spanning their Sexual Assault Awareness Week. Through the events, students could share stories of survival, their support for survivors of sexual assault and violence, and more. The week included events like Start by Believing Day where students, faculty, staff, and other community members could make a pledge to Start by Believing and support victims;  for men and women to take a stand against sexual assault and gender violence by walking a mile in high heel shoes for the Walk a Mile in Her Shoes event; Heroes not Victims Panel; Take Back the Night Community March; and others.

DSU students, faculty, and staff also signed the Start by Believing pledge in recognition of Sexual Assault Awareness Month. Start by Believing is an international awareness campaign that hopes to change how society responds to disclosures of sexual assault. It is designed to increase crime reporting by educating people to believe victims and treat them professionally with compassion and respect. DSU also hosted a What Were You Wearing sexual assault exhibit as an interactive experience demonstrating that the clothing a person wears has nothing to do with sexual assault.

Salt Lake Community College
Salt Lake Community College participates in the national It’s On Us campaign, which encourages students to stand up to sexual violence by being a proactive part of the solution. The campaign focuses on awareness of campus sexual assault and consent. Students, faculty, and staff can take a pledge to not be a bystander and to be part of the solution.

Southern Utah University
SUU held a video panel discussion on sexual assault in Utah in February from the Utah Women & Leadership Project’s Conversations that Matter series and reminded campus faculty, staff, and students of the resources available to them by their Title IX office.