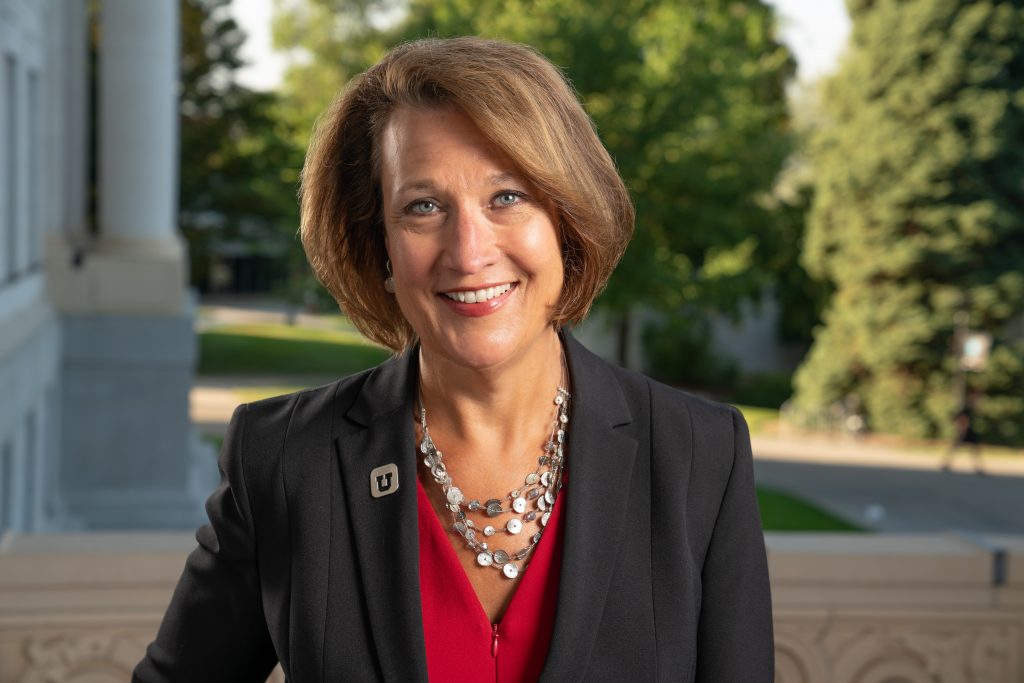 Watkins will step down from her position at the university in April 2021. The Utah Board of Higher Education will immediately begin a national search for a new president. Members of the University of Utah Presidential Search Committee will be appointed by the end of January 2021.

In a letter announcing the news to the U’s campus community, Watkins said she is eager to have an opportunity to share the U’s innovative, collaborative approaches to student success with other institutions around the country.

“I believe the work of Strada Impact is more important today than ever before because completing college and securing employment will be especially crucial for millions of young Americans post-pandemic,” Watkins stated in the letter.

The Utah State Board of Regents selected Watkins as the 16th president of the university on Jan. 18, 2018; she officially began her tenure in April 2018 and was inaugurated in September 2018.  She is the first woman to lead the U in its 168-year history. (Jerilyn S. McIntyre served as interim president of the U twice, for two months in 1991 and all of 1997). Prior to becoming president, Watkins was senior vice president for academic affairs at the U, a position she assumed in 2013. She joined the University of Utah from the University of Illinois-Champaign, where she spent 20 years in leadership and faculty roles.

“Ruth Watkins has been an exemplary leader for the University of Utah and for the entire Utah System of Higher Education during her tenure as president,” said Harris H. Simmons, chairman of the Utah Board of Higher Education. “Among other accomplishments, under her leadership the university’s students achieved a dramatic increase in degree completion, total research grants increased significantly, and the U was admitted to the prestigious Association of American Universities. We will greatly miss President Watkins’ authentic, intelligent and personable leadership. At the same time, we wish her great success in her new role.”

As president, Watkins united the campus under a “One U” approach to its operations and focus on grand societal challenges. She built strong community partnerships that proved vital in supporting the university’s mission.

Watkins’ signature initiatives, as president and senior vice president, focused on student access, success and degree completion. Other top priorities included diversity, student mental health and wellness, and safety. Both donor contributions and research funding increased significantly over the past three years, allowing the U to achieve a capital campaign goal of $2 billion in December 2020—ahead of a 2022 target date—and a record $602 million in sponsored research.

Most significantly for the future, the U was invited in November 2019 to join the Association of American Universities, placing it among the 65 leading research universities in North America.

“On behalf of the Board of Trustees and myself personally, I want to express how appreciative we are of President Watkins,” said Christian Gardner, chairman of the University of Utah Board of Trustees.

“Over the past three years, President Watkins has provided steady leadership, led transformative change at the U and built a team as dedicated as she is to ensuring our university fulfills its mission and continues its tremendous growth and rise in national recognition,” Gardner said. “She has dedicated herself to student success, with a continued focus on improving outcomes and experiences. President Watkins has been an excellent leader and partner and leaves this university well-positioned for the future.”