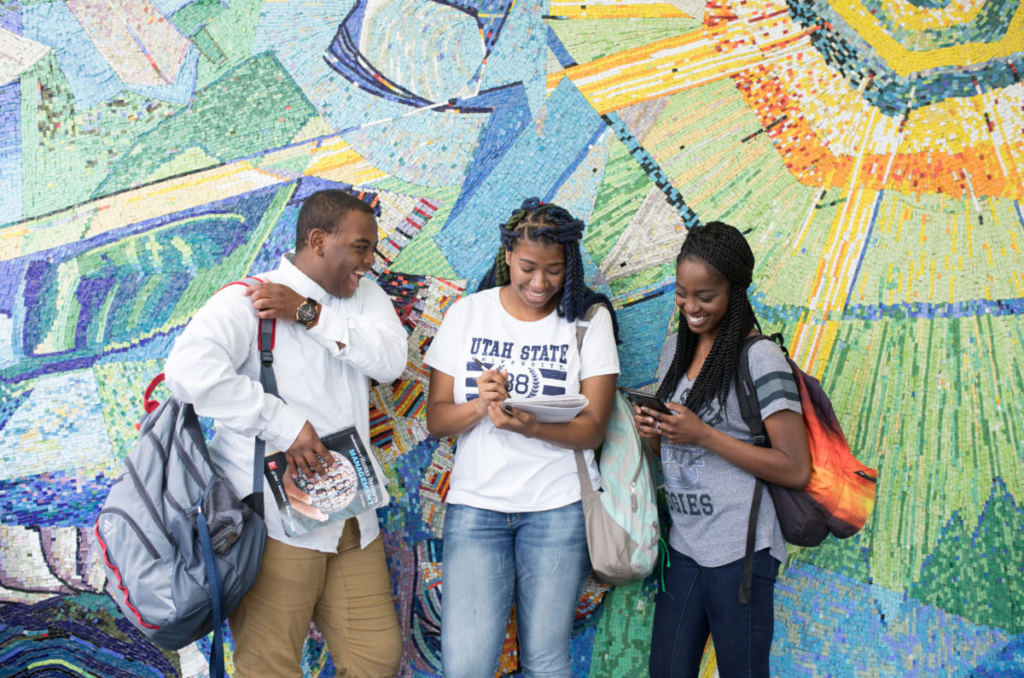 In May 2021, the Utah Board of Higher Education approved a resolution to support and celebrate Juneteenth on Utah college campuses within the Utah System of Higher Education. Juneteenth, also known as Freedom Day, Jubilee Day, Liberation Day, and Emancipation Day, celebrates the emancipation of those who had been enslaved in the United States. The holiday became federally recognized on June 17, 2021.

As the Board’s resolution states, “Observing Juneteenth, and other days of cultural remembrance is the first step to
acknowledging our commitments and actions to advance equity, justice, and accountability.”

“The celebration of Juneteenth is not simply a celebration of the last realization of emancipation, but a celebration of resilience of a people. This resilience is visible in the continued contributions of BIPOC in this country. Today, more than ever, we have a continuous opportunity to expand our knowledge of all citizens. Our United States Congress and Senate have chosen to acknowledge Juneteenth nationally, so as a nation let’s follow their example and honor each and everyone of us as a united people.“

“Recognizing and celebrating Juneteenth is a commitment from institutions of higher education to uplift inclusive and complex accounts of U.S. history by highlighting both structural and systemic racism through law and policy while highlighting the resiliency of enslaved peoples and their descendants. At the Utah System of Higher Education, we are committed to commemorating all cultural heritage months to ensure students, staff, and faculty from rich and diverse identities and backgrounds are authentically seen and holistically supported as they persist within Utah’s higher education landscape.“

Leading up to and on Juneteenth, Utah’s colleges and universities held events to encourage their campus communities to reflect and educate themselves about the past on what is both a somber and celebratory occasion. Below is a snapshot of some of their efforts.

University of Utah
The University of Utah’s Dr. Bryan Hubain, associate vice president for student development & inclusion, led the college’s efforts this year by reaching out to campus partners and collecting 100-word writeups on the topic, “What does Juneteenth mean to you?” Stories are can be read and explored here.

The U is also continuing its participation in Academics for Black Survival and Wellness (A4BL). From Juneteenth, on June 19th, to July 3rd, the A4BL website will have new Black wellness and anti-racism training content, events and workshops.

Read more from the U on Juneteenth here and here.

See how USU commemorated the holiday and watch their educational miniseries.

SLCC’s Faculty Senate Calendar Committee included Juneteenth on their calendar as a professional and curriculum development day with plans to engage a more robust mechanism for college-wide event programming relevant to Juneteenth in the future.

Juneteenth is a time to commemorate and to act, “Education plays a crucial role in correcting injustice and promoting equity. Institutions of higher education must actively oppose racism and provide opportunities for all students to develop their knowledge, skills, and competencies on the path toward pursuing their dreams.”

Snow College
Snow College’s campus community was invited to celebrate Juneteenth as institution on Friday, June 18. The program included an exhibit of African American Luminaires who, despite their circumstances in life, made great contributions to this nation and the world. The program also included a short documentary and pizza for those who attended.

Dixie State University
DSU’s African American Black Student program coordinator within the Multicultural Inclusion Center plans to host the Juneteenth Educate and Eat event on June 24, 2021, where the campus community can share free food and conversation at the post-Juneteenth BBQ.