The report provides insightful demographic data to understand the type of adults facing the daunting challenges of escaping the cycle of intergenerational poverty. 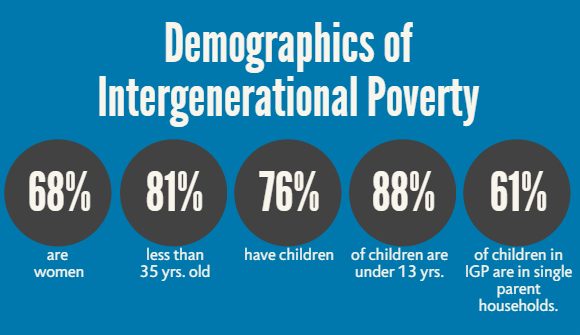 This is the fourth year DWS has led efforts in compiling this multi-agency report on behalf of the Committee on Intergenerational Welfare Reform – established in 2012. This year’s report provides new information related to education including college preparation and success. The report outlines three indicators of child well-being that lead to success in adulthood: 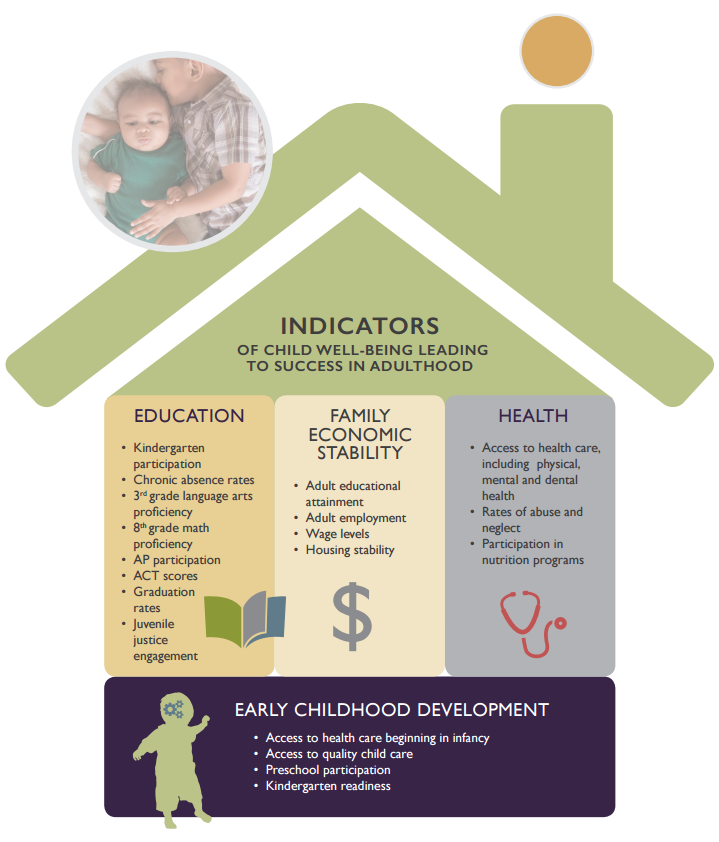 While all areas are critically important, there’s evidence that educational opportunity and attainment is the chief causal factor contributing to success in all three of these areas that help families escape the intergenerational poverty cycle.

As noted in the report, “A parent’s level of education directly impacts attachment to the labor force, wages and lifetime earnings.” Economic stability depends on one’s ability to earn a livable wage, which is determined primarily by her/his educational attainment. Increased educational attainment leads to increased wages which, in turn, leads to greater economic mobility, including increased likelihood of unemployment, increased chances of housing stability, and decreased likelihood of dependence on public assistance.

According to the report, almost 74 percent of intergenerational poverty adults lack an education beyond high school. The report recommends additional efforts towards helping increase the number of IGP adults enrolling in post-secondary training. USHE recently launched an initiative, in partnership with the Council on Adult Education Learners to develop strategies that help returning adult students be more successful in earning a college degree or certificate.

“Access to medical care for both physical and mental health treatment increases the odds that parents can maintain employment, have the capacity to care for their children, and their children consistently attend school.” writes the report. In July 2015, a report was published demonstrating a causal link between educational attainment and good health. The study found if everyone in the population in 2010 earned a bachelor’s degree, the untimely deaths of over half a million individuals could be avoided. The primary reason for being able to avoid such a rate of death was attributed to individual’s access to quality healthcare and healthy lifestyles. “In the simplest version, people with more education have higher income, they can afford to eat better, afford a gym membership or a personal trainer,  and have support to quit smoking.” stated one of the report’s co-authors.

The opportunity to obtain a quality education starts early in a child’s life. The importance of secure and positive relationships start before children reach school age. Further, children entering kindergarten with skills in math and reading are more likely to achieve success. For families in intergenerational poverty, access to quality child care and pre-school can be a significant factor in a child’s success throughout their educational career.
The report provides data comparisons between all Utah students and those students living in intergenerational poverty. Students living in intergenerational poverty families are 24 percent less likely to graduate high school. They also have, on average, lower ACT scores, pass AP tests at a lower rate, and are less likely to go on to college by ⅓.