“The Dixie State University Presidential Search Committee is proud to recommend the names of these three finalists to the Board of Regents,” said Regent Wilford Clyde, Search Committee Chair. “The involvement of DSU’s trustees, faculty, students and staff, along with the larger community, has been invaluable during this search. We look forward to the Regents having the opportunity to fully consider these candidates in choosing a new leader for DSU.”

After months of soliciting input through public meetings, online submissions and the 22-member Presidential Search Committee, the Board of Regents will interview the following finalists (in alphabetical order): 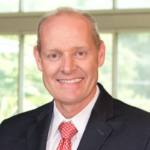 Dr. Don Capener was appointed Dean and McGehee Endowed Chair in the Davis College of Business at Jacksonville University in Florida in 2011. In this position he has raised $1.5 million to launch a new doctoral program and $1 million to enrich the online platform delivery and hybrid education options. He designed a successful corporate engagement strategy and implemented a graduate recruitment plan that resulted in a 30% increase in enrollment. Dr. Capener worked 11 years at Monmouth College in Illinois, where he served as Vice President for Strategic Planning, Technology, and the Chief Marketing Officer. Capener was also the Interim Vice President of Enrollment, Chair of the Curriculum Committee, and Associate Professor of Marketing. He was selected as Professor of the Year in 2006 and received the Hatch Distinguished Teaching Award in 2005. Dr. Capener also has significant private sector experience, serving as Co-founder of Above the Rim, General Manager for three international marketing agencies and Vice President of Marketing for Netcentives, a Silicon Valley start-up. Dr. Capener holds a BA in Political Science from Brigham Young University, an MBA from Thunderbird School of Global Management, and a PhD from the International School of Management in Paris.

Dr. Reid Larkin Neilson has worked as the Managing Director of the Church History Department of The Church of Jesus Christ of 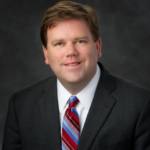 Latter-day Saints since 2010. He oversees its global operations, its strategic planning, and a staff of nine hundred employees and volunteers. Previously he was an Assistant Professor of Church History at Brigham Young University, where he won the University Young Scholar Award for his excellence in writing and teaching. Dr. Neilson is the author and editor of over twenty academic books, many published by leading university presses, including Oxford and Columbia. He received a bachelor’s (international relations) and two master’s degrees (business management and American history) from Brigham Young University, took a doctoral degree in religious studies (American religions) from the University of North Carolina at Chapel Hill, and completed the Harvard Business School’s General Management Program. He also worked as a business consultant for Arthur Andersen LLP. Dr. Neilson is a life-long learner and world traveler who has pursued continuing education programs at Columbia, Harvard, Virginia, Northwestern, and Boston universities and has toured nearly seventy countries.

Dr. Richard “Biff” Williams has served as Provost and Vice President for Academic Affairs at Indiana State University since 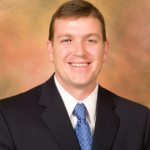 2013.  Prior to this, Dr. Williams served as the founding Dean of the College of Nursing, Health, and Human Services at Indiana State University.  As Dean, Williams led the development of six new degree programs designed to address the state’s critical shortage of healthcare workers.  Previously a faculty member at the University of Northern Iowa, he served in roles such as Associate Dean of the College of Education, Executive Associate Director of the School of Health, Physical Education, and Leisure Services, Chair of the Division of Athletic Training, and program director.  At Northern Iowa he helped create a private-public partnership between the local hospital, medical community, and university that resulted in the construction of a two-story human performance center that served the surrounding rural communities. Williams holds a BS in Lifestyle Management from Weber State University, an M.S. in Athletic Training from Indiana State University, and a Ph.D. in Curriculum and Instruction from New Mexico State University.

The finalists will be on the Dixie State University campus July 16, 2014, to meet privately with groups representing faculty, staff, students and administration. On Thursday, July 17, the Board of Regents will interview the finalists in a closed session. The Board may convene a public meeting at 4:00 p.m. that day to select the President. However, they may convene at another time, which will be announced at a later date.